My screen printing studio, 'studio macho' lives at 'broei' in the gerard de duivelsteen.
They organize a lot of events and house several organizations that work on different topics.
For their closing festival, they wanted visuals that stood up from the crowd and were general enough, so all the organizations that call broei their home, could relate.

With the ending of this season, a lot of changes were announced for the next.
a big one being the change of location. a bird flying to its new nest was therefor a welcome metaphor.
For color usage, they wanted to have a friendly tone so the staff would be easily approachable by the public if needed during the festival with wild parties on the agenda.
The visuals and illustrations were made by me, the graphic design was done by their in-house designer.
me and Barbara (co-founder of the studio) hand printed all the staff t-shirts.

different options for the t-shirts. 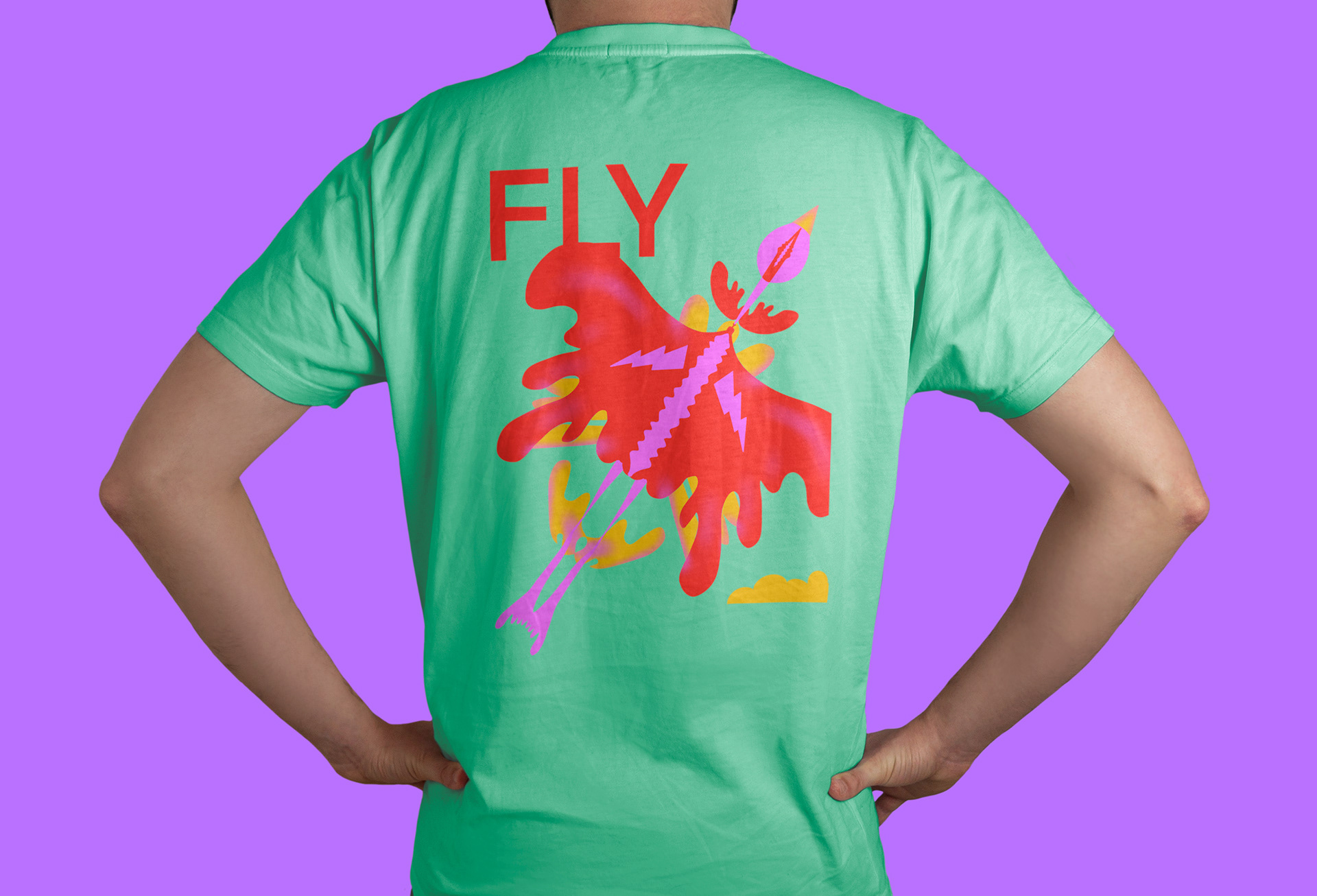 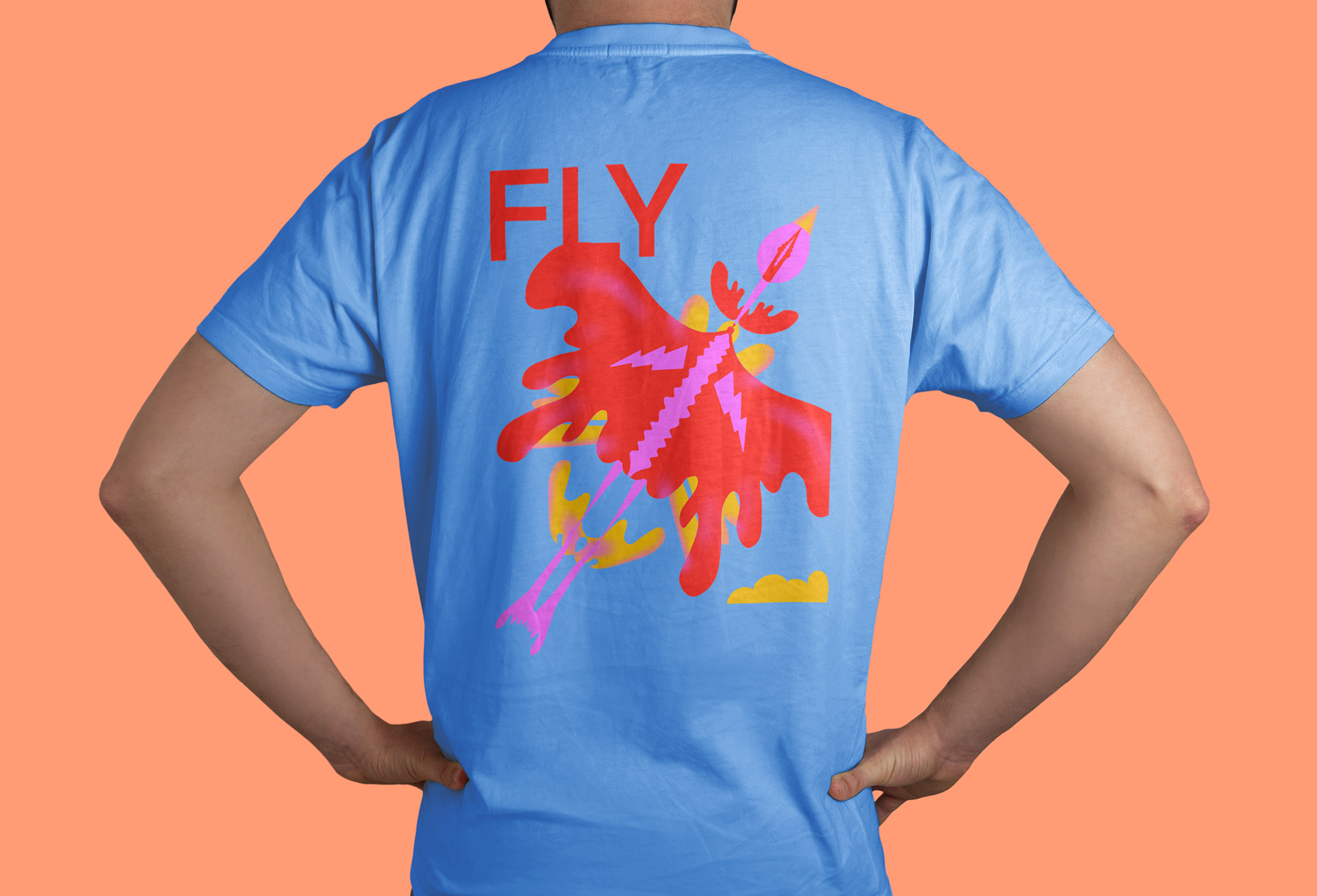 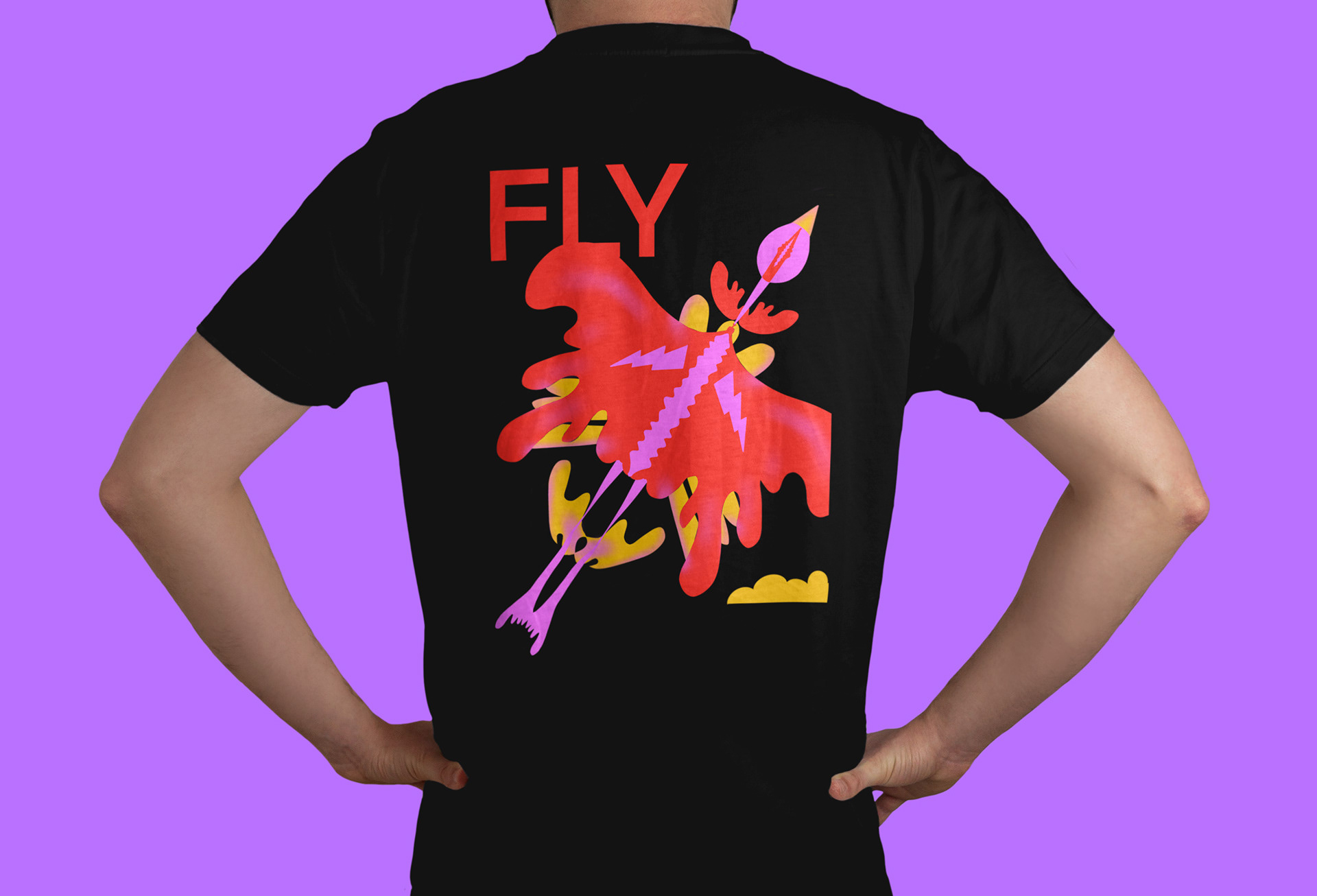 "soft and friendly" made it to the printers! 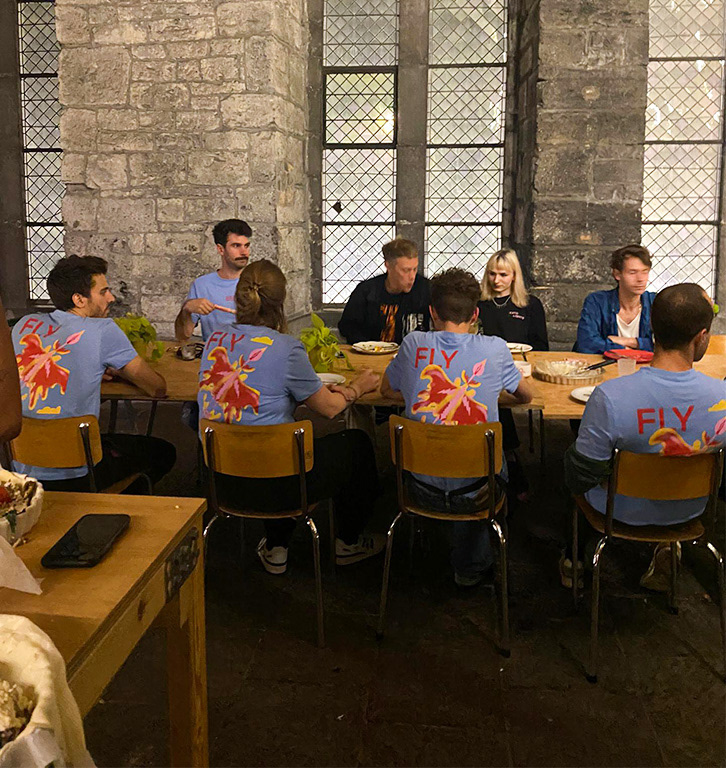 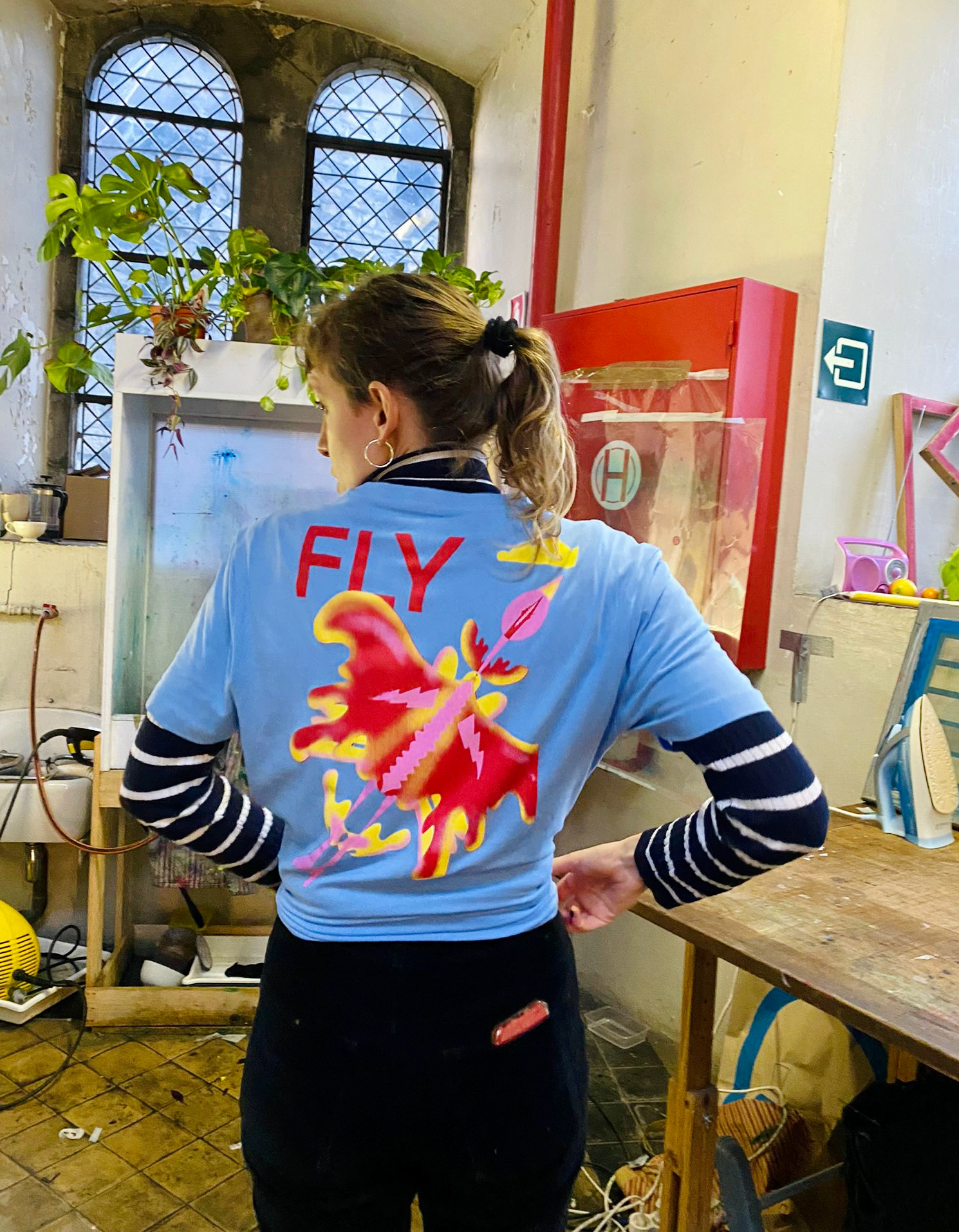 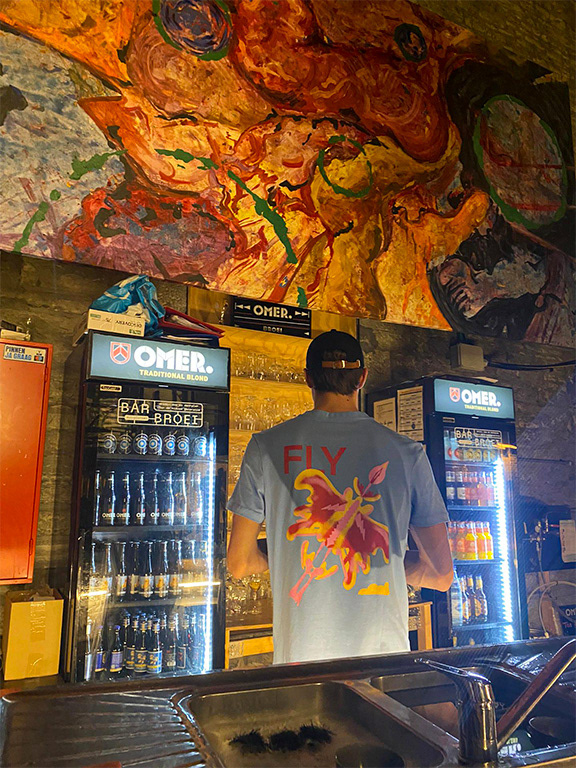 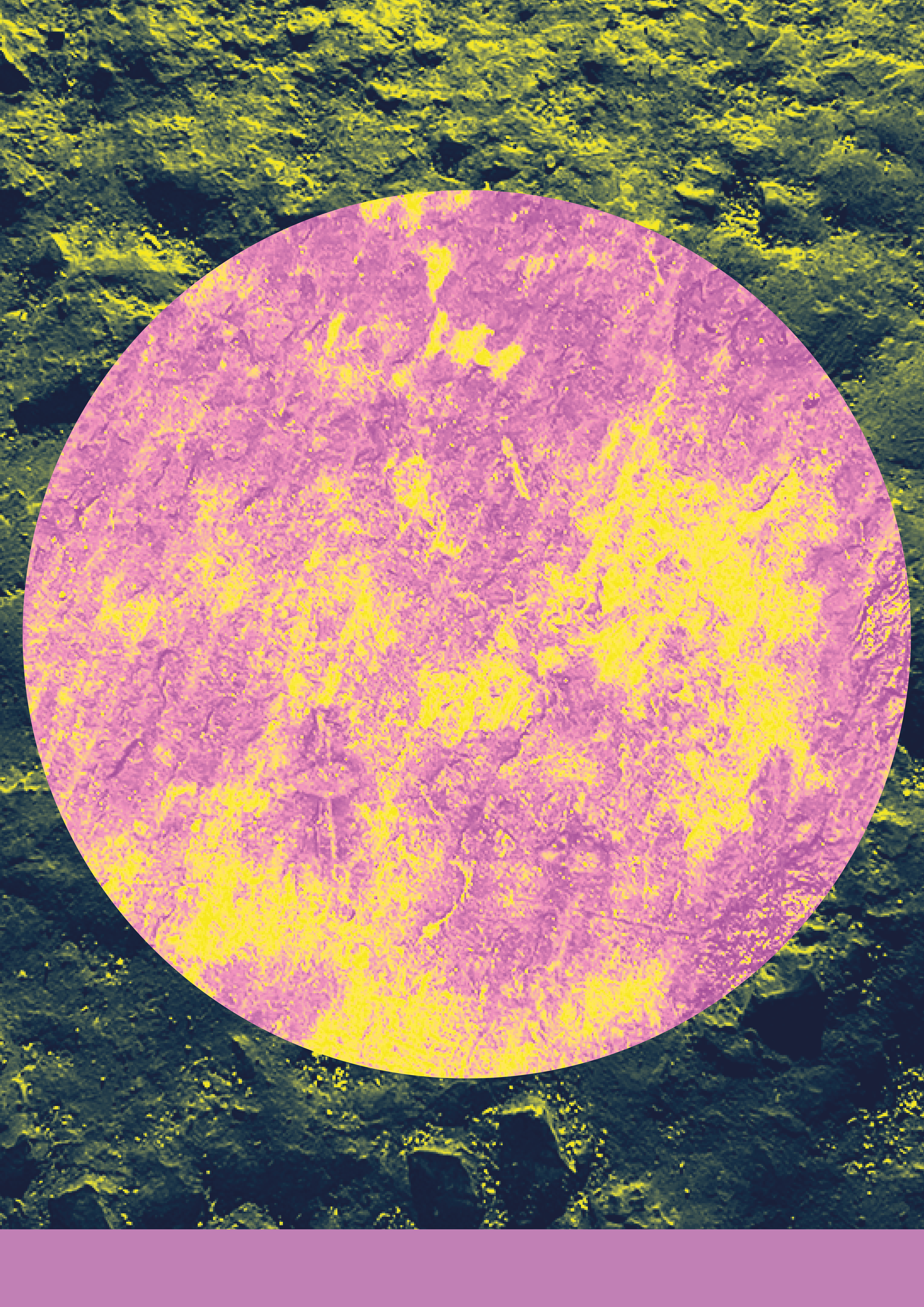 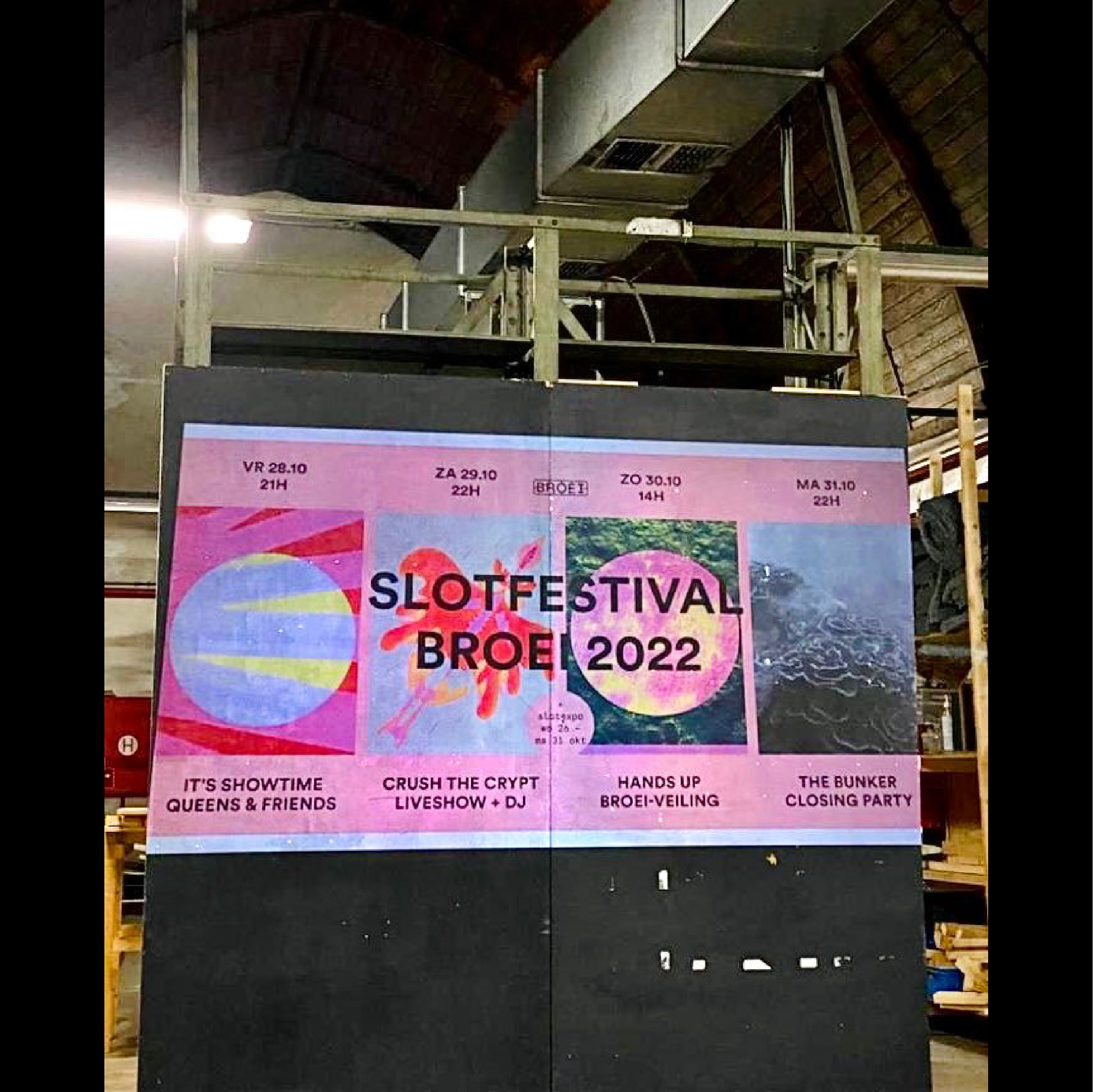 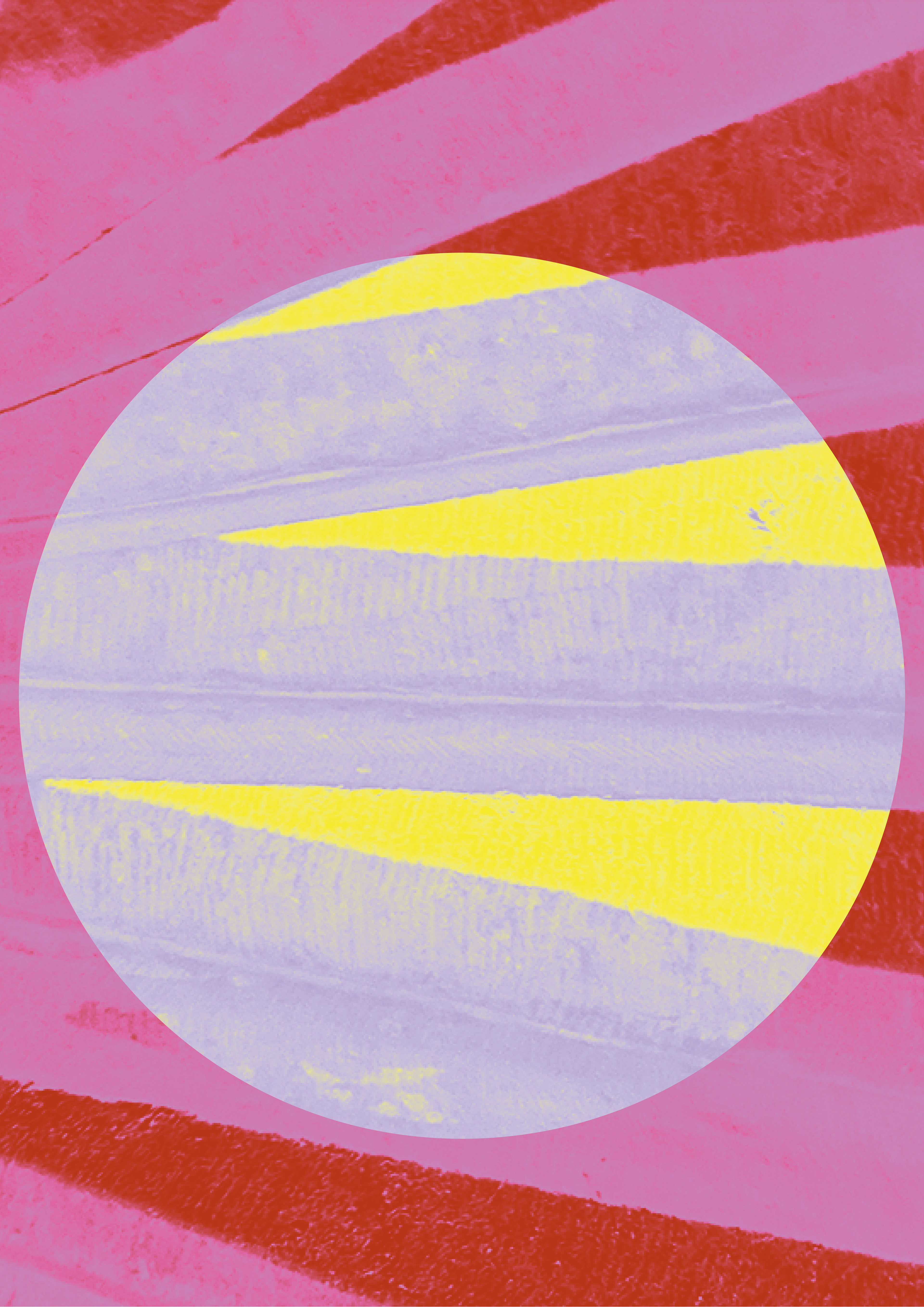 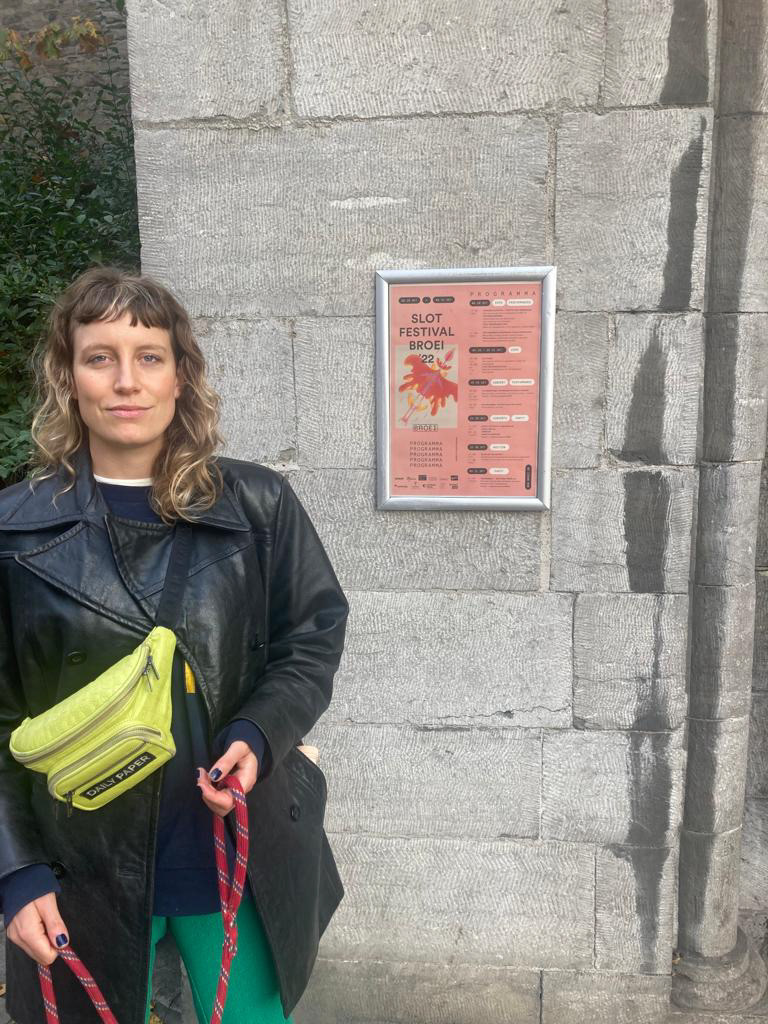 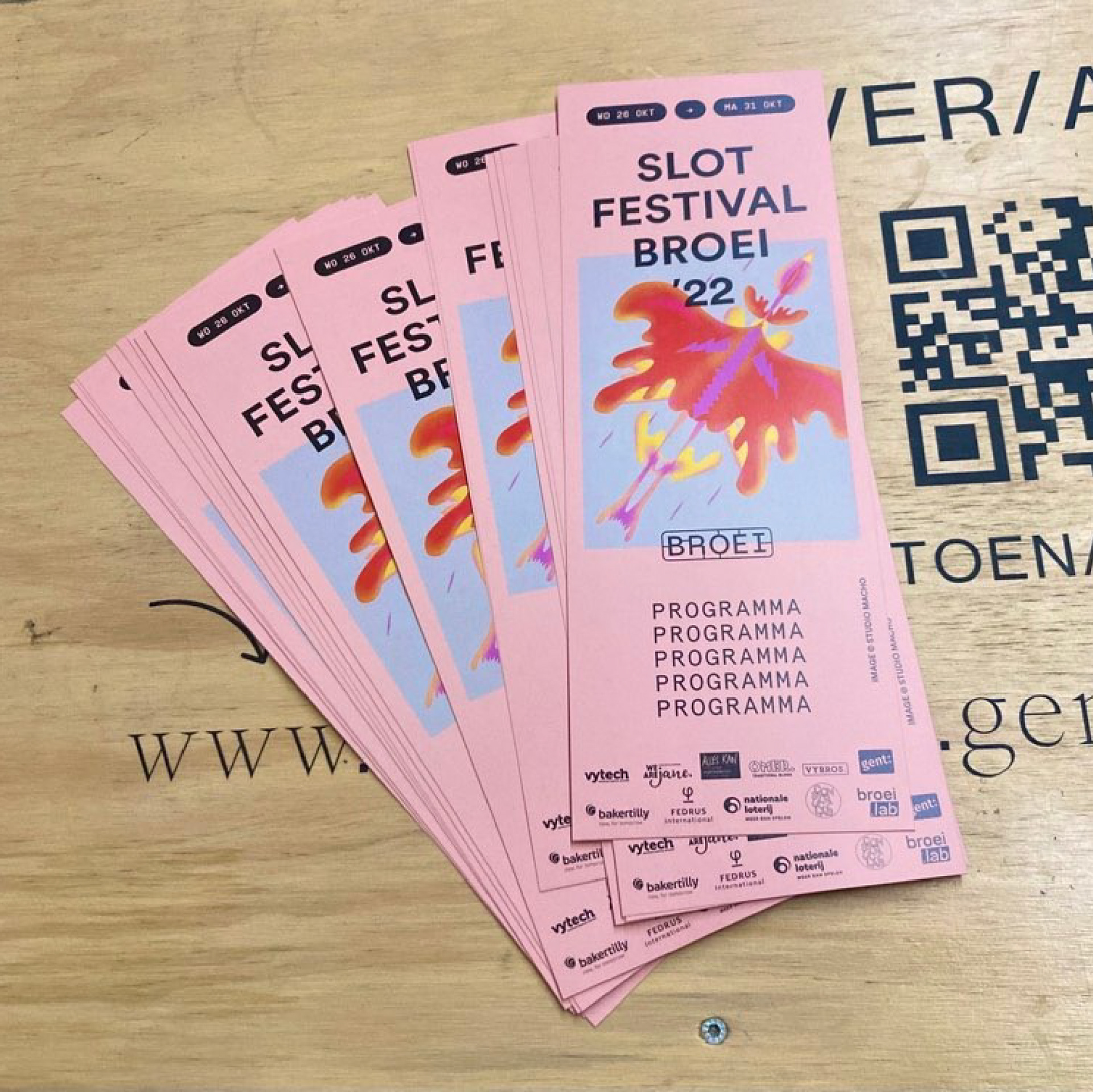 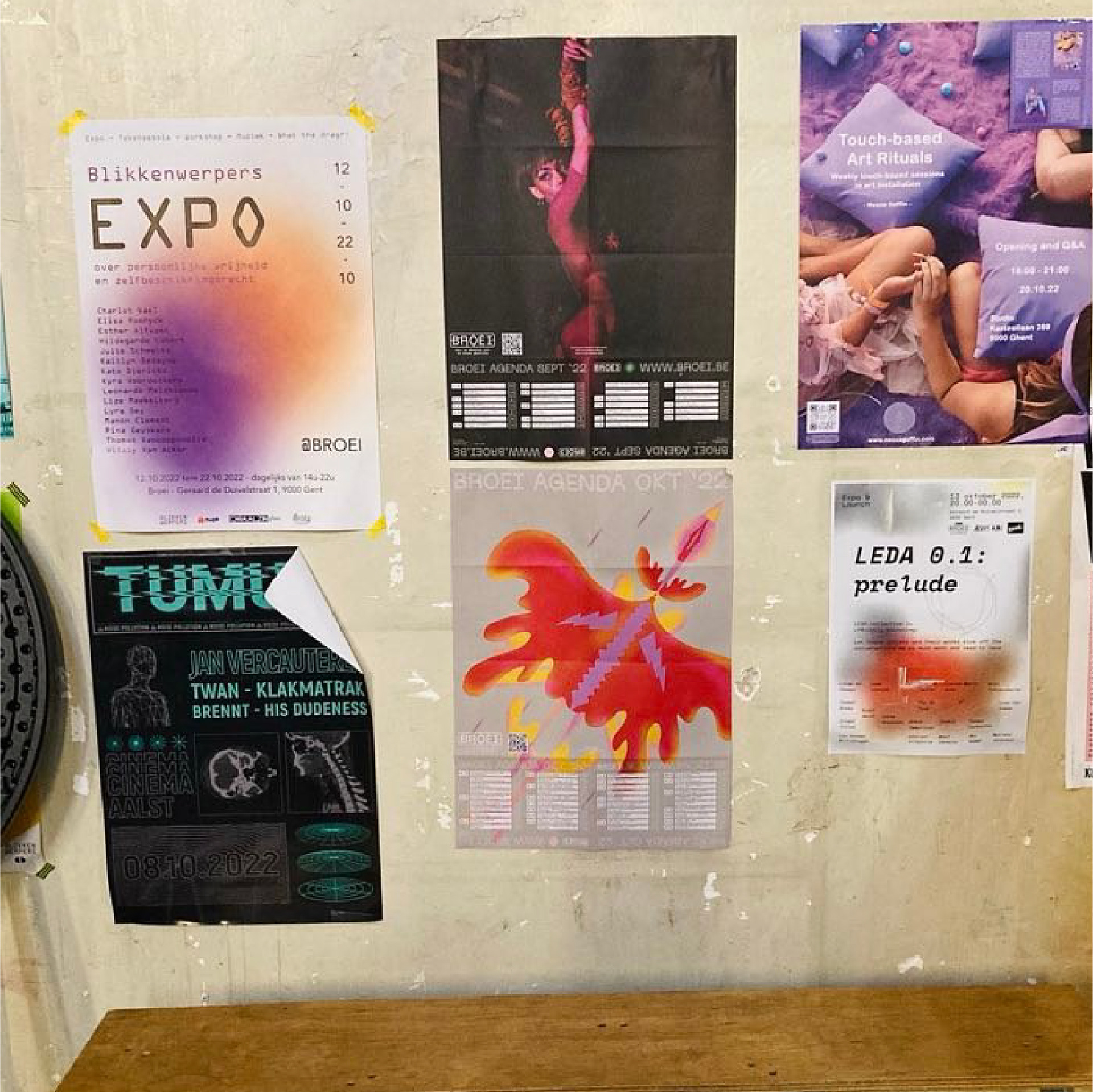 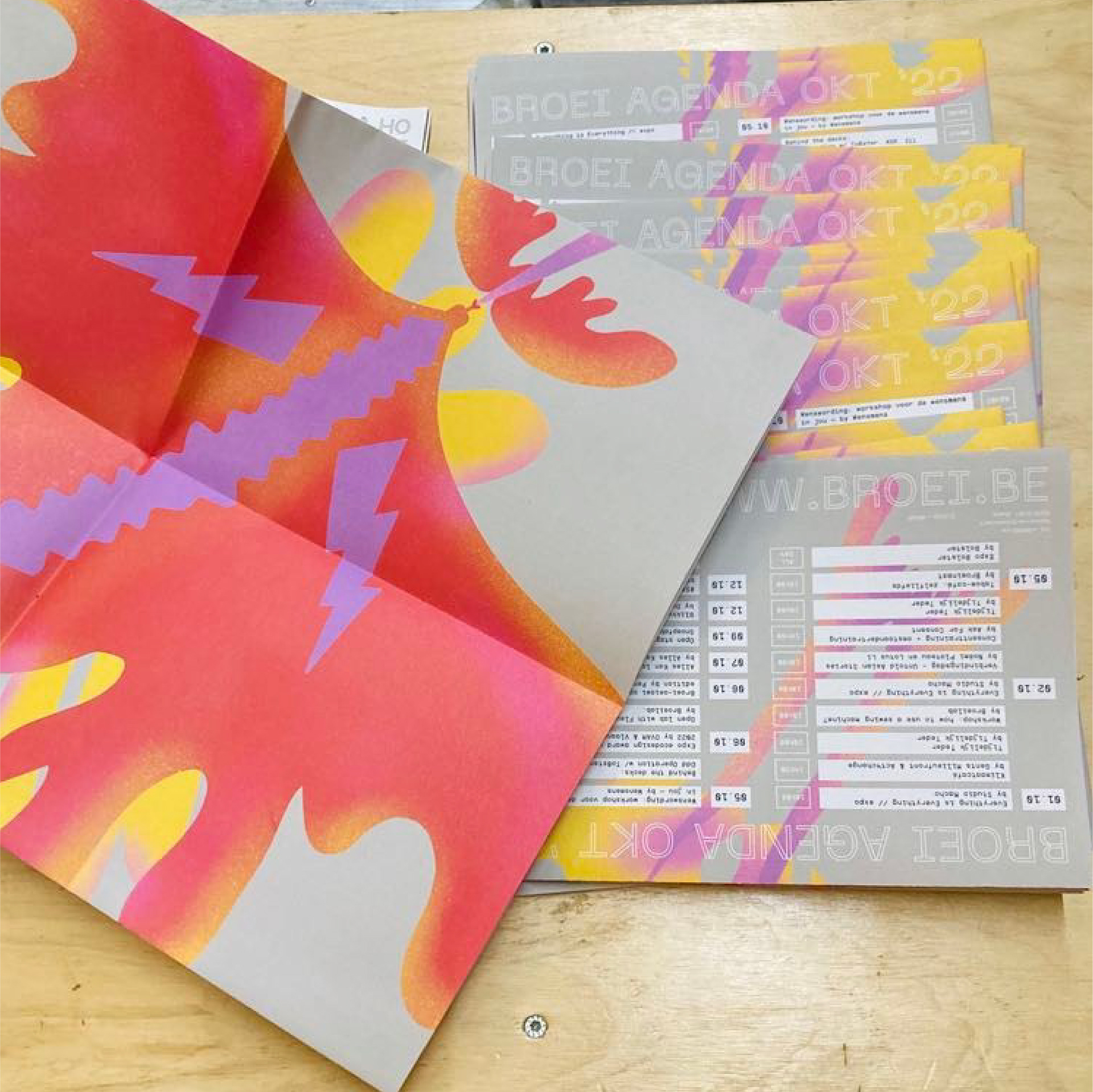 UBERDOPE - SOCIAL CAMPAIGN
↑Back to Top